Having been in service for so many years, we are devastated that these historical buildings haven’t been preserved by other parties.

The 2 Newhaven boxes are of 3 signal boxes on the Southern East Coastway between Brighton and Seaford, all 3 of which were closed during the Seaford resignalling works. Lewes signal box remains standing, and is a grade II listed structure of historical importance. Fingers crossed this box stands for many years, or even decades, to come.

Control of the Southern East Coastway route between Brighton and Glynde, Plumpton and Seaford, moved over to Three Bridges railway operations center during the Seaford resignalling work. As a result, the 3 signal boxes which control the Seaford branch and surrounding area, were made obsolete.

Newhaven Town’s signal box frame was aquired by The Bluebell Railway in recent months for their own uses, although the signal box is expected to be torn down at some point this year. It was originally decided to be removed at the same time as the Harbour box but was postponed. 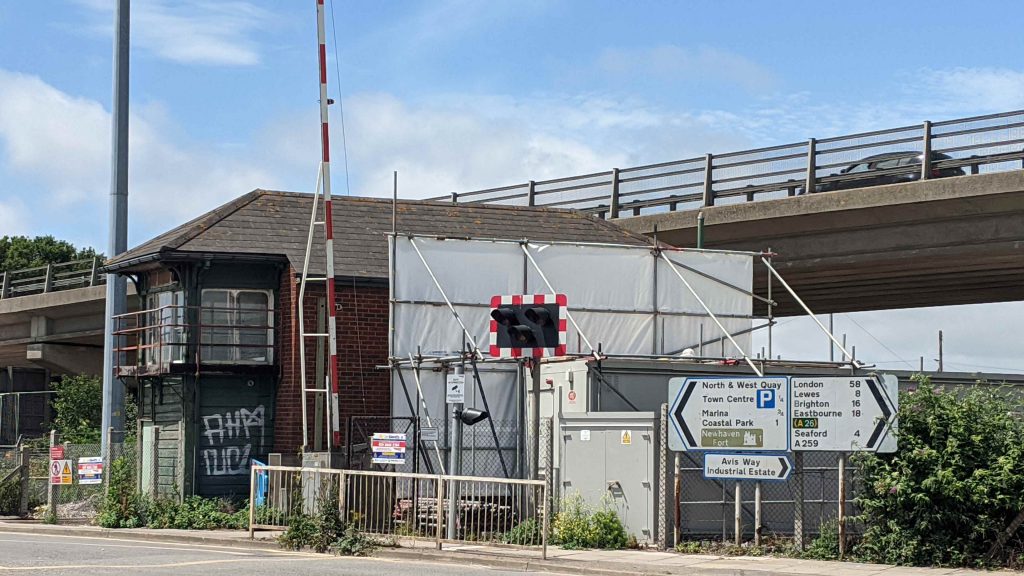 Above: plastic sheets and scaffolding protect the structures behind the box, as preparations are made for the signal box to be knocked down the weekend of Saturday 20th June 2020. The box is completely cleared out inside. 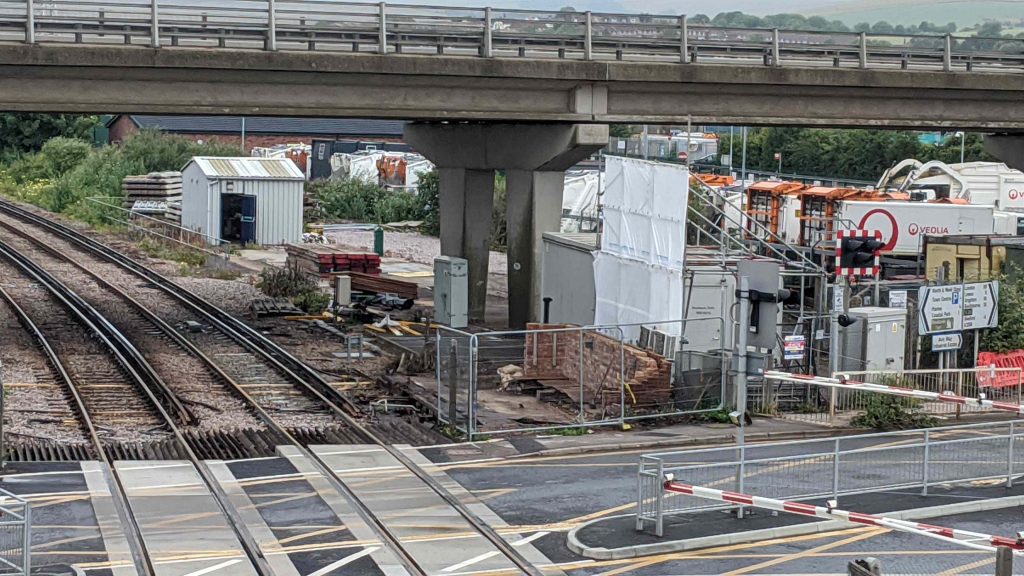 Thankyou Peter, I saw the works on the level crossing Saturday morning during a quick walk. They were replacing the ballast as there was a big hole where the crossing was. Didn’t seem to have touched the box at that time, but I’ll check again soon if I drive past on way for emergency shopping.

Can’t get there to have a look but Seaford Line was late opening Monday morning and I saw on my system opened 08 45. I understand the box was not demolished 15/03/20 as a power supply still in use had to me moved not necessarily connected to present systems

we need to stop these morons, Lewes box is grade listed

“Having been in service for so many years, we are devastated that these historical buildings haven’t been preserved by other parties.”

I too am gutted that the 150 year old Harbour box has been allowed to just go but sadly these ‘other parties’ rely on volunteer members to do the work… We are all guilty of comments like the above but the reality is that if nobody actually comes forward and says “I will get that done” than buildings like these will simply continue to be demolished.

Lewes Box is staying by the way, it is all part of the listed station I understand.

A bit off route but does anyone know what is happening with Havant Box?
I understood that it was saved demolition because a local group would be taking care of it however having passed it all be it about a year ago it certainly didn’t look too ‘cared for’ – this of course then makes it even harder for well meaning groups to be given permission by NR to take on and save buildings especially if they are staying in situ.

Best we all support what is already saved I suppose, places like Amberley Museum and the many heritage lines in our area all need visitors (and members)…. actually that reminds me, I still haven’t been to see Billingshurst Box in it’s new home it must be refurbished by now.

Looks like NR stopped the local group taking it on after all due to the closeness of the box to the running rails.