Dudding Hill Junction is on the Dudding Hill Line between Acton and Cricklewood, which is used only by freight trains. Trains run from the Midland Mainline to Cricklewood where southbound trains turn off at Brent Curve Junction, and northbound trains turn off at Cricklewood Curve Junction. From the other direction, trains from the Great Western Mainline, from the likes of Westbury, Whatley and Merehead Quarries, and Acton TC, run through to the Midland Mainline.

Trains using the Dudding Hill freight only line, which are controlled by a combination of semaphore and light signals, can also turn off at Neasden Junction to join the WCML to Willesden and Wembley. If you’d rather get the Neasden traffic as well, you might consider the road bridge at Craven Park just north of Harlseden, but beware that you’d be looking south from here, so the sunlight most likely won’t be in your favour.

There aren’t a great number of places to get good photographs or spots on the Dudding Hill branch, but one place in particular is very good – Dudding Hill Junction.

The junction and signal box can be seen easily from the Gladstone Park bridge which is part of a public footpath through the park. The easiest way to get to Dudding Hill Junction would be to get a jubilee line train to Dollis Hill. From there, it’s just a 15 minute walk north through Hamilton Road, then turn right when you reach the park.

You may be tempted by the green footbridge to the left, but the walls are very high and you’d need a stepladder to get adequate viewing. The recommended viewing bridge is just east past the basketball courts. The height of the viewing bridge is around 5ft.

I tried out Gladstone Park bridge on a Wednesday early afternoon, from around 12 noon until 3pm. It wasn’t particularly productive, as many freights turned off at Neasden, something I hadn’t realised before I got there. Over the 3 hour period I managed to see 5 freights. 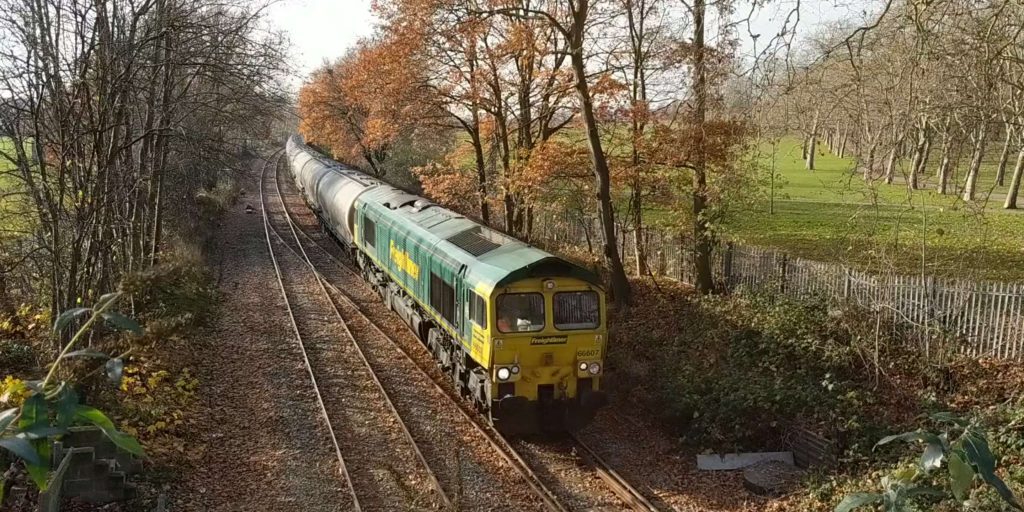 Above: Freightliner class 66 number 66607 comes in from the west direction, working the 6M91 1108 Theale Lafarge to Hope Earles Sidings Flhh, passing at around 1238. 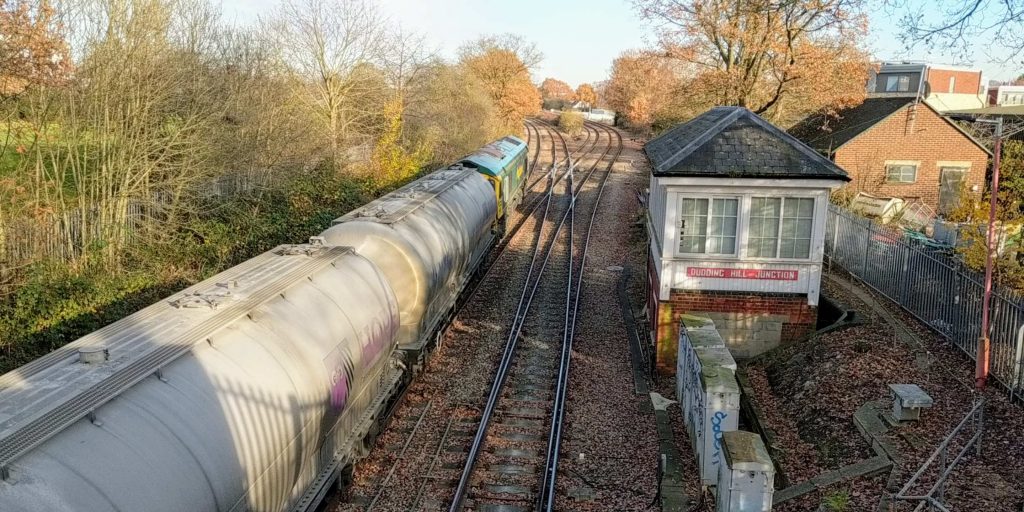 Above: 66607 again, running off to the left where the line joins the Midland Mainline at Brent Curve Jn. On the right, Dudding Hill Junction signal box. 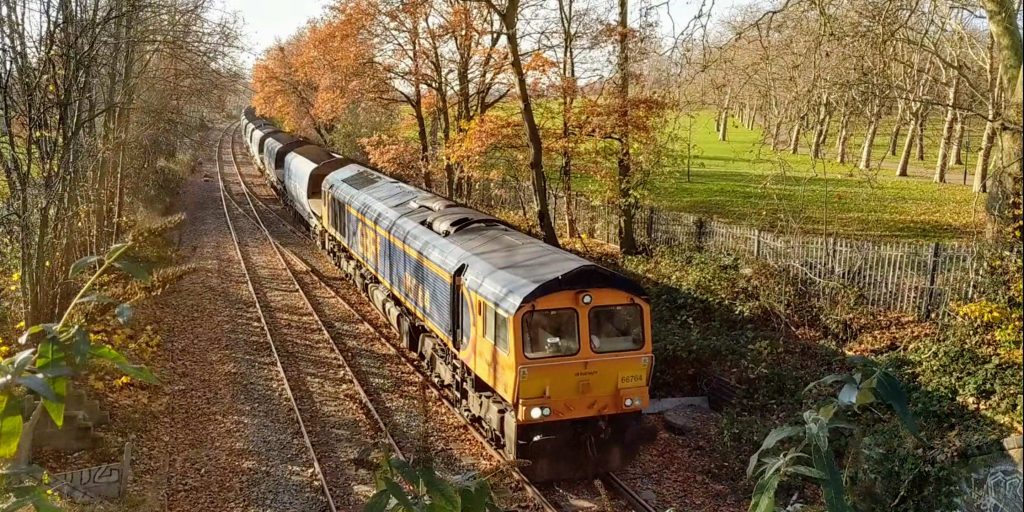 The highlight of the day, which was an STP from Leicester LIP to Willesden DC Rail Sidings, was cancelled. 0Z56 was to be the purpose of my visit to Dudding Hill, because stations on the MML tend to have metal railings blocking access to the fast lines, and for trains to turn off at Hendon onto the Dudding Hill Line, they need to cross over to the fasts. It wouldn’t have been possible to have gotten a nice photo of it anywhere else without spending more than I did. Turned out it was unfortunately caped. But still, it wasn’t a bad turnout, the sun was shining. 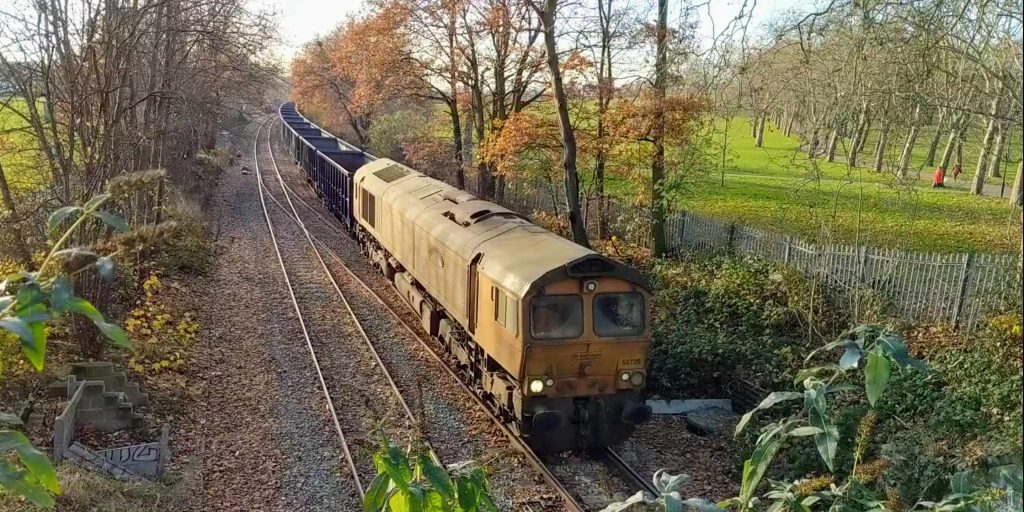 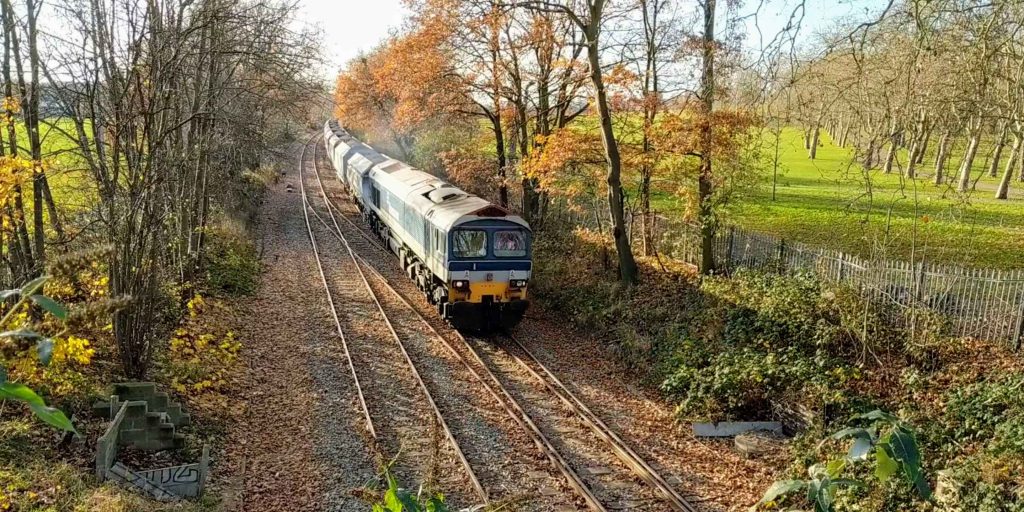 Above: Around 10 minutes later, Hanson 59104, now owned by Freightliner, works 6M20 Whatley Quarry to Churchyard Sidings St Pancras with a rake of hoppers. 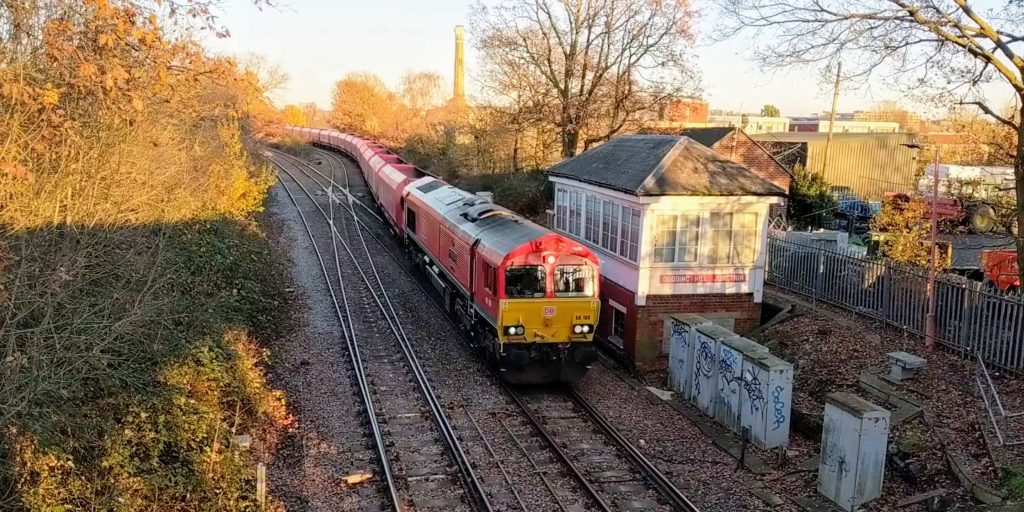 Above: The afternoon at Dudding Hill Junction finishes with DB Cargo’s class 66 number 66100 passing the Dudding Hill Signal Box working 4O62 Churchyard Sidings St Pancras to Hither Green Down Reception. Passing at around 3pm. By this time, the sun was in the West making photos from that direction tough. It was time to leave.

You can watch the video of the above trains at Dudding Hill below.

You can view all services for Dudding Hill Junction for today.

Hi can you help me please , how would I be able to get a 8year old boy a spin on a freight train he loves watching trains . And could wait for hours to watch it pass by Gladstone park at Dudden hill junction. Any ideas please

Thank you very much . That information is very helpful I will look in to it now . He will be a very happy boy . Take care